What you can only experience with SAE:

For more than 75 years, the Temple has been admired by those who have worked within its walls, toured its majestic rooms, and even lived under its roof.  It has been lovingly perfected, preserved, and protected, standing today as testament to the vision of those who dreamed, so many years ago, of building a national shrine to Sigma Alpha Epsilon.


Every year, the brothers of Oklahoma Mu take an annual trip to visit The Levere Memorial Temple . This is just one of many trips that brothers have the opportunity to attend with Sigma Alpha Epsilon.

The Sigma Alpha Epsilon Foundation helps to further the mission of the Fraternity by encouraging academic excellence, leadership, and community involvement.  To support and advance the education of young undergraduate and graduate men, the Foundation has established national scholarship funds with the financial support of generous alumni. $275,000.00 is given each year in academic and leadership school tuition scholarships.

Oklahoma Mu, rewards multiple $500 and $1000 scholarships to it's members every year. As a brotherhood it's important to provide these opportunities to allow one another to succeed further in higher education.

The True Gentleman Initiative is an online program designed with the development of the entire member in mind - from pledge to active to alumnus. The True Gentleman Initiative Library is a resource site for education for chapter, members, alumni, and parents. The program is divided into several core areas such as;  Alcohol Awareness, Chapter Management, Financial Management, Health and Safety, Parent Resources, Scholarship and many more key components. 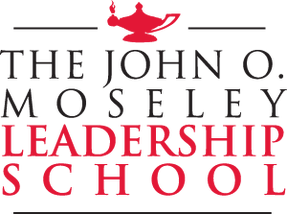 Sigma Alpha Epsilon has often been considered a pioneer in the Greek world, but in the case of the John O. Moseley Leadership School, it is the pioneer.  Today, many fraternities and sororities have adopted Moseley's idea and begun their own leadership programs for member development.

Designed to develop leadership skills in undergraduates for use in their chapters and the world beyond, Leadership School has graduated over 25,000 members since it began in the 1935.  The Leadership School curriculum is designed to instill both personal and chapter leadership development through three key dimensions: (1) the practical art of administering the affairs of an effective chapter, (2) teaching the principles of leadership, and (3) the Fraternity itself.